Although most national officials use the platform, their posts receive only a small number of likes and retweets

Social media has become a key element of political discourse in many countries, allowing legislators to express their opinions, share information and connect with constituents online. Twitter is one prominent platform that enables this exchange, and many national leaders – both domestically and outside the U.S. – tweet regularly. 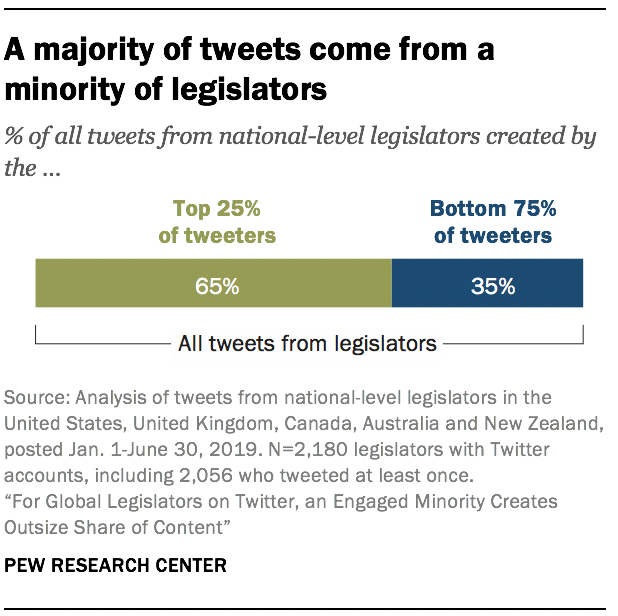 Indeed, a majority of members of the national legislative bodies in five predominantly English-speaking countries have a Twitter account. But as is true among other types of Twitter users, a modest number of active tweeters produce an outsized share of legislative tweets. A new analysis by Pew Research Center finds that the one-quarter of legislators who are most active on the site produce a majority of all tweets from this group – both overall and within each individual country.

Some of these tweets produce tens of thousands of likes and retweets from the broader Twitter public. But in the majority of cases, tweets from these legislators simply pass from view into the internet void. Across all five countries, the median tweet garners fewer than 20 likes and five or fewer retweets from other users on the platform.